I don't remember the last time I saw the stars, but suddenly they were just there.

Sometimes I seriously wonder which stars enticed our ancestors to travel this far north...
Posted by apples at 1:21 AM 16 comments:

Last night I had a dream so disturbingly weird I just have to write it down somewhere.

I don't remember how it started, but the cast was the people who used to be in my class. I don't know why we were together, but there we were. And someone decided we should all kill ourselves.

I'm not sure how that idea came up, but suddenly people just decided it should be done. There was something about people were going to come in, something about NASA or something, storing the bodies - and everyone was okay with that.

The thing is.. the more I have going on, the more people I talk to every day, the less I feel the need to spill my guts on here. Between working, volunteering and negotiating my way through living with my parents - I'm all talked out!

But now it's summer. I've done nothing since the school holiday started three weeks ago.

Today my parents suddenly went off to Turkey for two weeks, my sister is moving home and the only thing I have to do is sort through my entire childhood in the attic and decide what parts of it to throw out.

...though I have a feeling there was something else...

Oh yes. Find a job. I definitely need to find a job.

Just sucks most jobs are in Norway when I don't want to be. 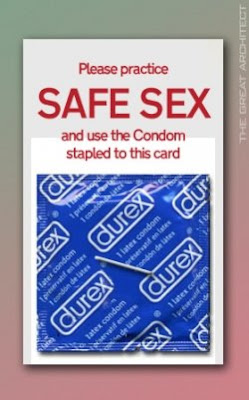 I really, really hope there are people out there who would actually use this one!
That truly would explain a lot...
Posted by apples at 12:50 AM 1 comment:

A pillow to save your face

I stumbled across this on feelunique.com. It's called a 'Save My Face La Petite Satin Pillow Case' and has to be one of the most stupid things I've ever seen (and that's no small feat, I assure you). This warrants further investigations.

I go straight to the source - savemyface.com, and find this;


"The “Save My Face!”® Pillowette is a revolutionary beauty and health product for the 21st Century. It helps prevent wrinkling, improves nasal air flow that permits increased oxygenation of the body, eases aches and pains, and aids in cosmetic surgery recovery."

Not only that, it also "enhances the affects of expensive anti-aging facial creams and serums" and "prevents compression of skin tissues and muscles as well as Sinuses located in the face".

(note: I did not manipulate the font or amount of text set in bold to make it appear more stupid, though I understand why you might think so..) 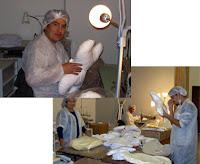 How impressive is it that a piece of cloth can actually "enhance the affects of expensive anti-aging facial creams and serums"? And what's up with those "Sinuses"... and in what other places than the face does one normally find them? "Oh doctor, I can't move my leg!" "Yes, it appears you have a sinus infection."

For a company claiming to be located in California, I am not impressed. 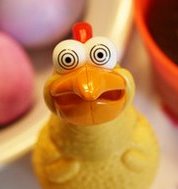 A week off sounds just right, I thought I'd have more time a couple weeks ago when I was home alone for a week, but no such luck. One day I worked eleven and a half hours - not so unusual for a lot of people, but very new to me.

What I don't like about Easter is having to go skiing. I fear I'll be more wobbly than usual this year, because something I am looking forward to is happening the night before - a show put on by the soccer association. If I've ever been to one of those, it must have been years. Can't wait!
Posted by apples at 1:34 PM 2 comments:

A few nights ago I dreamt I had a child.

The birth itself was quick, easy, painless. The baby was big. I breastfed her. It felt amazing. I felt so connected to her, like nothing I've ever felt before.


I've never felt that desire to have kids. I crave freedom, I don't know where I'll be, what I'll do. Who I'll be with. For the first time, though it was in a dream, I felt what it was like to have a child.

I think I need a nap and a butterscotch..

I learnt something new today. This happens so rarely these days it feels all new and exciting - imagine knowing something now that I didn't this morning.. amazing!

The little piece of information I have now aquired came to me through a blog I visited for the first time. Five guys (I think) write about girls. They do a rather good job at it, I have to admit. The post I read started like this;

But that takes a little bit of tough love, and an unpleasant dose of reality. Let's get straight to it, so here goes:

As opposed to girls, it's very common for guys to have sex with someone they don't find attractive enough to be girlfriend material!

Now, I didn't think the post was cynical or politically incorrect at all, but that's beside the point (if you want to read the rest of it, in Norwegian, you can find it here: 0330.no). What struck me was how simply put such an important piece of knowledge was.

Some of you might remember an episode of Sex and the City where Miranda was told that some guy (or by some guy) that he's "just not that into you". She saw that as an epiphany of sorts - no more hows and whys and ifs and buts; he's just not that into you. It kinda felt like that.

I guess I just always though that if you slept with someone but didn't date them it was because of personality. I've slept with guys I didn't want to have as a boyfriend - but that's never been because he was too ugly to show off. If he was, he wouldn't have been in my bed in the first place. There have been other reasons though.. age, aquaintances, personality, geography. Actually geography is the one that stands out the most.